Here’s the latest from Dale Harrington at Uniting:

I am pleased to send you the 2022/2023 Summer edition of Congregation Connect.

In this edition, you and members of your congregation can read about:

Meanwhile, Pancake Day – or Shrove Tuesday – is just around the corner on 21 February 2023.

This is traditionally the last day to eat all the ‘luxury’ foods in our pantries before Lent. These include flour, eggs and dairy products, which just so happen to be the key ingredients of delicious pancakes!

Many congregations are already starting to think about Pancake Day 2023.

So, I would like to invite your congregation and its members to participate. Any funds raised from any events you hold go towards programs or services that support people when they need it most.

There are three ways you can register:

And of course, please pass this on to the person in charge of Pancake Day or your Church Council to arrange registration if it is not you.

If you need to update your contact details or wish to amend the number of copies you receive in the future to better suit the needs of your congregation, please get in touch.

Yours sincerely and warm wishes for Christmas,

Here is the Monthly update for December: 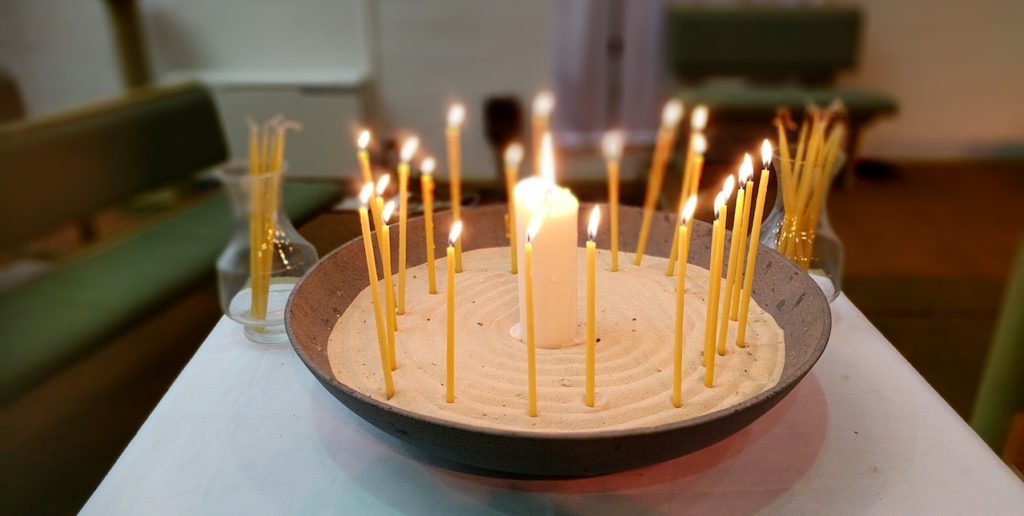 Prayer requests received during Prayer gatherings throughout October 2022. Please use these prayer points as a reference for your prayer time.

Praise God for the blessing of life and the blessings we receive each day from our families, friends, and work colleagues.

We are reminded and thankful for the many people in the church and the community who do God’s work quietly, seeking no recognition or acknowledgement. Praise God for the opportunities that open as we talk and work together.

Thankyou Lord, for the joys that we share each day, for those who are uplifted by good news regarding medical results, job opportunities, new houses to create as their own, for the opportunity to reconnect with friends and family.
Continued praise for the hospital, age care and health workers who work tirelessly to care for the vulnerable.

Praise for the philanthropic partners in the Geelong community who support aid agencies, medical research, and outreach programs such as Food bank, Uniting, Noah’s Ark children’s services, Bethany, the SES, plus many more organisations, and thanks to the volunteers who sustain these groups.

General Prayers
Our ongoing prayers each week are for the people of Ukraine, especially for the brave medical and community leaders who work in dangerous circumstances to support the people in so much need. Organizations like Doctors without Borders, Humanitarian Aid workers and UNHCR agencies all supporting the efforts of local people

Our love and prayers are with those of our congregation who are unwell, receiving treatment, have experienced grief or loneliness. Grant them peace and strength to continue and let there be someone who can support them during their time of need. We pray for Dawn and the Fielder family as they grieve the loss of Brian.

We pray for the many and varied needs of our new arrivals to this country and our city. Praise and thanks to the ‘army’ of workers who walk beside these families to support and guide them in the direction of help and practical support.

Prayers were shared for those impacted by the recent floods. The shop owners, government infrastructure such as schools/ovals/transport, students especially VCE students about to sit exams, farmers, and exhausted SES and army workers working with the town people.

We pray for our congregation; that people will step forward to take on responsibilities, in the Church council, on rosters and pastorally. We pray that the right person will be found to maintain our church office and to lovingly care and support our congregational needs, while maintaining connections with sister churches.

ALL PRAYER REQUESTS ARE CONFIDENTIAL NAMES ARE MENTIONED ONLY WHEN SPECIFICALLY REQUESTED.

You can find the November Monthly update here:

A story from our Chapel Collectibles –

ST LUKE’S CHAPEL COLLECTIBLES
I believe that your continued interest in reading our Collectible stories inpires me to continue – as the Team continues to support and raise funds for newcomers and people in need.

October saw another breathtaking month. Record breaking in the number of new faces visiting the Chapel, record breaking with increased sales, and record breaking as we rostered a new Team from our community – this providing some much needed respite from our St Luke’s regular helpers.

I take a special moment to especially thank Geoff Boehm for his never ending support, encouragement and a supporter of helping solve some Collectible logistic problems. Geoff and his Men’s Shed team are a very integral part of what we do. Thank you team.

So here is our monthly question. How can you help?
If you have any unwanted items in your house and you wish to declutter, why don’t you think about passing them on to our Chapel Collectibles. (But firstly check with your family beforehand.)

In so many places in the Bible we are reminded that as the people of God we are called to strive for the best for the community as a whole. The people of Israel who were exiled in the strange land of Babylon were challenged by the word of the Lord that came to the prophet Jeremiah, (29: 7), to “… seek the welfare of the city.”

Jesus calls us to love our neighbour, whoever that neighbour might be.  And Jesus so often sought to bring healing for the broken, the rejected and the lost.

As Christians we thus cannot remain passive when we see deep hurts in our city and country. And clearly one such hurt is the damage caused by the currently uncontrolled nature of gambling.

At the Gambling Forum that St Luke’s hosted on the afternoon of October 9th, Rev. Tim Costello addressed questions related to what can be done in response to this scourge. Tim currently is the public face and voice of The Alliance for Gambling Reform. (The Alliance national advocacy organisation which works to prevent and minimize the harm from gambling.)

In introducing Tim and the theme at this Forum, I made the following comments:

The Mission Outreach Ministry Team of this congregation was meeting a few months ago; and Sue Anderson the convenor handed out an article from The Geelong Advertiser which detailed the most recent mind-numbing statistics related to the amount of money being fed into poker machines in this region.

The group responded in the way many of us have in recent days with a deep sense of sadness about the damage being done to individuals, families and the community as a whole by the industrial scale of gambling in this city. There was also a sense of powerlessness.

All right, we know the statistics, what can we do about this disease?

As a couple of people have asked me, “What can you say to young males (and it is so often young males), who are still at school, who attend a footy match and use their phones to gamble on every aspect of the game?”

In recent days there have been many voices seeking action from governments.

In NSW, Stu Cameron, CEO and Superintendent, of the Uniting Church’s Wesley Mission and Sandy Grant, Anglican Dean of Sydney wrote an open letter to that state’s political leaders. This letter reminds the political leaders in NSW of the damage being done by gambling, notes that Australians are the world’s most prolific gamblers and also asks for a unity ticket on this matter in that State’s politics … that all sides of politics would agree to do something.

A segment on the 7.30 program on Wednesday October 5th on the ABC underlined the strong tide of concern in the community about gambling advertisements and gambling Apps.

The St Luke’s Mission Outreach Ministry Team at that meeting I have mentioned felt it needed to do something and decided to organise the forum: a forum that was about “Next Steps.” And the Team was therefore so pleased that Tim agreed to make the trip to Geelong to address this topic.

You can watch the Forum on the Congregation’s YouTube channel: https://www.youtube.com/channel/UCJAL8289CyXTVBd-Y8dvT6Q

You can find out more about the Alliance for Gambling Reform, with which the Uniting Church is formally associated, at www.agr.org.au

Dear friends, follow the link above for the October Monthly update

The Liturgical Year starts with Advent – and here’s your calendar for the coming year!

The Cottage by the Sea Auxiliary group is holding a Fashion Parade this Friday from 2-3pm featuring the latest designs from Black Pepper. 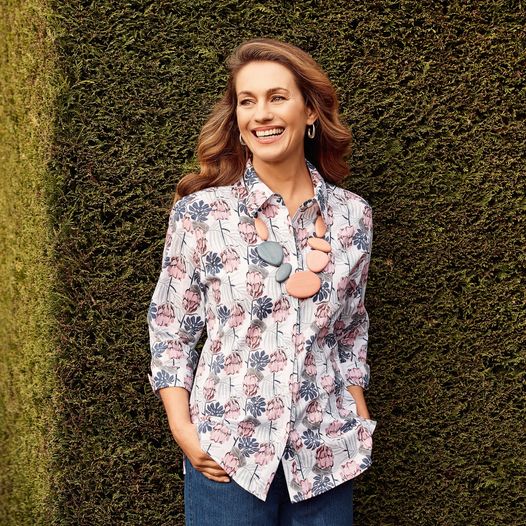 Entry is $10 which includes afternoon tea.  All funds raised go to support this fantastic local organisation providing support and respite for people in need of help. 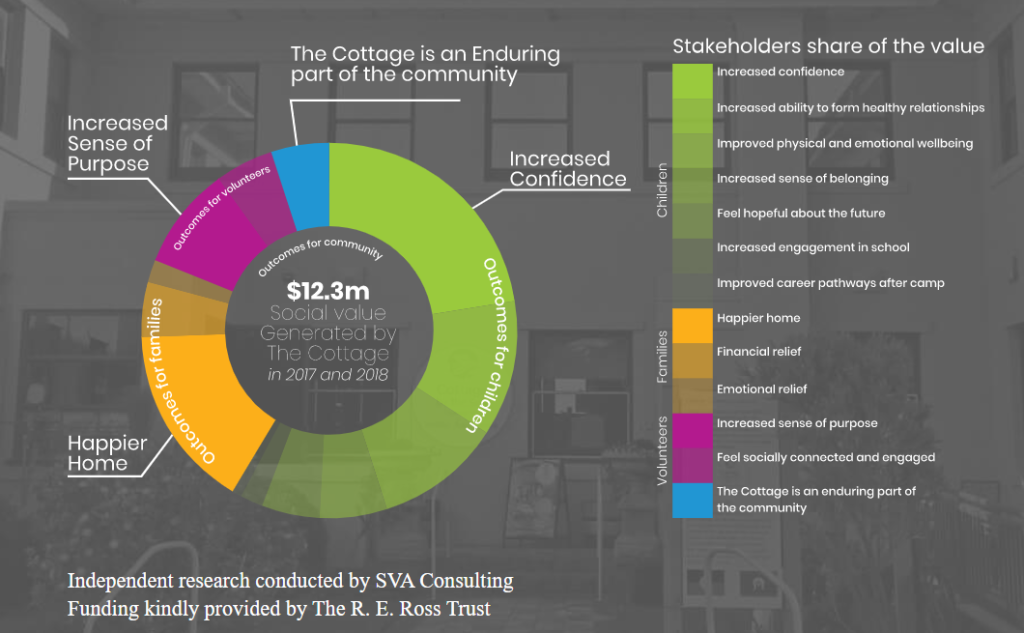